Why birdwatching in Pico in November ?
Find out more Hide

Mirateca Art is organizing the first Art and Birdwatching festival in the Azores. This festival will take place in Lajes do Pico between the 6th and 12th of November 2017. As expected, Espaço Talassa has joined the organization to take part in this event.

Birdwatching in the Azores is taking its first steps. For instance, in S. Miguel Island with the Azores bullfinch (Pyrrhula murina), in Graciosa Island with the Monteiro’s storm petrel (Oceanodroma monteiroi), and in Corvo Island for all the “Twitchers”.

Pico Island also presents a great potential, especially with the tidal pools and coastal vegetation in front of the seawall at Lajes do Pico. This area is noted for waterfowl and shorebirds, as well as herons, and it is the top bird watching location of the island… and the best thing is that you can watch them from your hotel room window!

November can be a good month for birdwatching in the Azores, both inland and out-at-sea. In this season, it is hard to tell what you can see as anything can come up in this time of the year but Spotted Sandpiper (Actitis macularia), Semipalmated Sandpiper (Calidris pusilla), Semipalmated Plover (Charadrius semipalmatus), Lesser Yellowlegs (Tringa flavipes), Greenshank (Tringa nebularia) have been seen almost every Autumn.

Do not forget the resident endemic subspecies. Special atention to the Central and Western group Goldcrest (Regulus regulus),or one of 3 Subspecies in Pico case the Regulus inermus.

In addition, we will also focus on the island’s wonderful biodiversity, for instance, the only species of mammal endemic in the archipelago, the Azores noctule (Nyctalus azoreum).

It is unlikely to visit Pico without feeling fascinated by whale and dolphin’s watching, as well as by other sea life such as sea turtles and sharks… In November it is still possible to observe the following species: short-beaked common dolphins (Delphinus delphis), Atlantic spotted dolphins (Stenella frontalis), bottlenose dolphins (Tursiops truncatus), Risso’s dolphins (Grampus griseus) as well as the symbolic sperm whales (Physeter macrocephalus),… amongst others.

The trips at sea will alternate with surveys of the three main locations for birdwatching in the island: the tidal pools and coastal vegetation of Lajes do Pico, the plateau’s freshwater lagoons and “Ponta da Ilha”.

At the end of the day, there will be presentations (Power point) and discussions on different themes, such as:

Throughout the week, we will also partake in the regional campaign “SOS Cagarro” (which ends on November 15th). To get involved, we collect Cory’s shearwaters which are lost or disoriented with nocturnal lights, and release them close to shore, the following morning.

Mirateca Art will organize, in Lajes, several painting’s and photography’s exhibitions, and movie’s sessions (in close quarters to the hotel).

Espaço Talassa will take part in educational activities with local children from the primary school of Lajes. The idea is to make them aware of the importance and value of this location as a unique habitat in the Azores. This awareness will not be limited to children.

All the activities are dependent on the appropriate weather conditions.

This price has a baseline of a double room occupancy in “Whale’come ao Pico” hotel.

For the bold who wish to adventure climbing Pico Mountain, you can find more information at:

The trips description is merely descriptive. Organization can be altered depending on weather conditions, safety, and the participant’s capabilities.

Your guides
Find out more Hide 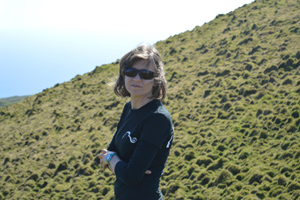 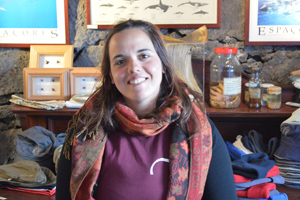 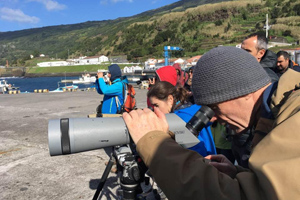